A friend of a friend requested that I do a review over the popular turn-based RPG, Earthbound, and it's predecessor Earthbound Zero. In Japan, there were three Earthbound games, but we only got one of them. Over there, the series is called "Mother", and we got Mother 2. However, Mother 1 did have an English version in existence, it was just never released in the US for some reason. 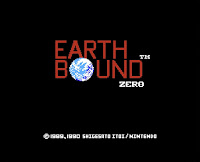 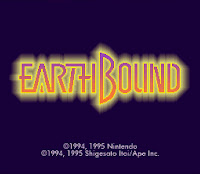 I assume it was a prototype of some sort but never received the greenlight for a US release, though you can still find the ROM on the internet today. Let's check it. Which is the better game? Earthbound for the SNES, or Earthbound Zero for the NES? Let's pretend we don't already know the answer, take out our special kneecapping bats, and charge in.


RIGHT
Setting: Modern Times
Both games take place some time in the late 1900s, with everything that implies. You are using weapons that a modern child would be able to use, like a bat, a slingshot, or a...sword? While Earthbound was pretty consistent with the weapons you had access to, Earthbound Zero had a bit of a wider variety, including swords and boomerangs. Despite that, you were still fighting similar enemies between the games, such as the obligatory hippie.


Playing an RPG that takes place in modern times makes the entire game stand out a lot more, since inbetween fighting dangerous animals and aliens, you have to take a trip to the mall and swipe your debit card at an ATM to grab a burger. Or just fish one out of a trashcan. We won't judge.


You spend the first few hours of each game alone, starting inside your own house when something crazy happens. In Earthbound, it's Pokey (there's a meteor, but Pokey is the real problem), and in Zero it's a poltergeist that makes you fight a lamp within the first 30 seconds of the game. After these antics, you slowly amass your party over the course of the rest of the game while helping people out. Both games are pretty linear for the most part until you get near the end, so objectives tend to consist of just talking to people, going into dungeons and killing bosses. The only question to ask is whether you want to simply fight against aliens in a happy-go-lucky world, or fight against aliens in a world where all the cute bunnies are hiding razor blades. Then again, Earthbound has Pokey in it, so they might be evenly matched in this regard.

Magic: PK Fiyah
As a small boy with psychic powers going around recruiting other small children with psychic powers, you should know the kinds of powers you wield. Both games give you a healing spell fairly quickly and you rely on that for the entire first part of the game, but Earthbound Zero gives a tiny bit more. They start you off with a context-specific skill called Telepathy, and within a few hours of play you also get a skill called "4th-D Slip". This skill enables you to exit all non-boss battles with a 100% success rate, and is something I really wish was in Earthbound. Something can also be said for the generally low success rates of trying to run away from a battle in most turn-based RPGs, this one included. I have to use my psychic powers to slip into the 4th dimension because if I try just simply running away, no matter what my speed is, I will fail the maneuver every time.
Other than that, Earthbound gives you every other skill you get in Zero, and more. Zero just gives the more useful spells earlier. These games run the whole gamut of magic spells, though. Fire, thunder, starstorm, and in Earthbound you can even name your strongest spell to be called whatever you want. And don't worry, PK Flash is in there for your potential-death-casting needs.

Graphics: Colorful
Both games have highly-saturated colorful graphics. SNES is a newer system, though, so the graphics quality is quite a bit better. Earthbound Zero on the NES still looks alright, but some things are a bit hard to identify.

Neither Earthbound nor Earthbound Zero are easy games. If you think you can just rush forward and autoattack everything and win, you will be destroyed. Earthbound makes things considerably easier than Zero, though. Your healing spell heals for much more, you level up faster, and bosses aren't quite as ridiculous. In Zero, your healing spell heals just slightly more health than the amount of damage your enemies do to you, grinding is more of a necessity, and the very first boss has a small chance of instantly killing you as soon as you start the battle. Earthbound also introduced butterflies which will "relax" you, restoring your PSI power. Run out of PSI power in Zero? Good luck.

Music: Memorable
Don't play Earthbound if you enjoy the ability to use your brain. This game's chiptunes will stick with you for a very long time. The music isn't particularly upbeat, it's just really catchy. The good news is that it may distract you from the clearly exorbitant prices you're paying in the shops and inns.

WRONG
Random Encounters: Final Fantasy levels of them
Earthbound does not have random encounters. All enemies are visible on the field and can be avoided or fought as you see fit. Earthbound Zero, however, has them all over the place. You can barely take more than a single step without another hippie jumping in your way, and Zero is considerably slower paced than Earthbound is. Also unlike Earthbound, Zero does not let you skip encounters if you're significantly more powerful than the monster you're about to fight. You trip over an ant? You have to fight that ant. Not to mention the differences in looks between fights in Earthbound and fights in Zero. After all, one is white against a nondescript black background and the other is this:


Name Lengths: Varied
I know this isn't really a big deal, but while names could go up to seven letters in Zero, they can only go up to five letters in Earthbound. I don't really understand why and trying to find ways to shorten every name I was thinking of caused some minor frustration.

They're both great games, and Earthbound Zero may just suffer from the lower-grade hardware. Regardless, Earthbound is just simply the superior game on most fronts with the exception of story. It has a much more pleasant difficulty and pace without the blasted random encounters. This isn't to say Earthbound Zero isn't worth playing, of course. The darker storyline can be more intriguing and the higher difficulty can potentially be more rewarding. They share a lot of similarities with each other, not even mentioning the similarities in looks between the two main characters, but that does not mean that they are the same game. It does, however, mean that you should play both of them. And don't forget Mother 3 while you're at it.


Bonus Screenshots!
Okay, Dad, that really isn't something I wanted to know. Please stop telling me that every time I call you.