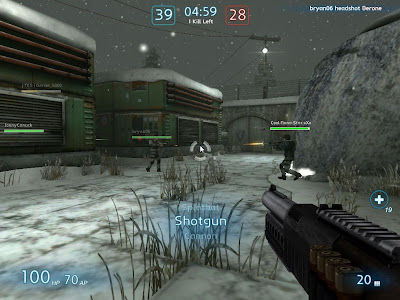 Path of Exile is an action RPG developed and hosted by Grinding Gear Games, which is based in New Zealand, and currently in its open beta phase. For crimes (or whatever) committed in your past, you have been exiled to the continent of Wraeclast, where you are to serve your sentence and preferably die. Of course, you aren't just some street rat who stole a coinpurse, you're a hardened fighter. Just keep fighting and you will make it out okay.

It is very similar to the popular Diablo series, where you pick a character and click-spam every monster you see on a linear story path until you reach the end, then start all over again. However, don't let that description skew your view of this game too much. While it is very similar to Diablo, I would dare to say that the student has surpassed the master...

S4 League ("Stylish eSper Shooting Sports") is an anime-styled third-person shooter initially developed by Pentavision (a Korean developer) which merged with GameOn Studios, and hosted by Alaplaya for the European/North American version of the game. 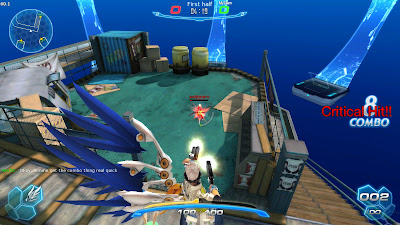 A significant portion of this game, from its music selection to a few billboards and a few clothes, is practically an advertisement for DJ Max, a series of rhythm games also created by Pentavision. This game does have a short backstory, though. You are playing in a virtual-reality battlefield initially created for use by the military but somehow turned around to be an awesome arcade diversion for teenagers. When you start the game you create a character and then get whisked off to a short tutorial. Make sure to stop by the shop to get some weapons before entering a room, and you are ready to go. But before you do, read the rest of this review first.

Renaissance Heroes is a first-person shooter developed by Changyou and hosted by Gamefuse, currently in open beta. You play as one of six different characters who battle each other as part of the background story of trying to find the blueprints to "The Da Vinci Machine", a vaguely defined invention by Da Vinci himself that could change the world despite the fact that during the final stages of testing it, it exploded and that is why the blueprints were lost in the first place. 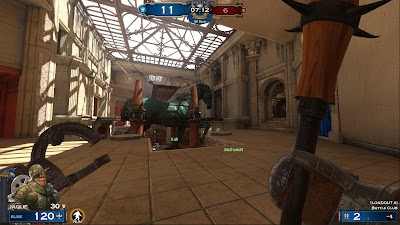 The game has a lot missing from it since it's still in beta phase with multiple features promised in future updates, so I'll avoid reviewing any parts of the game that are likely to change significantly over time. Let's get to it...