Note: I never got around to the PvP aspect of Hellgate, so it will not be discussed in this review. Also, the class I mostly played for the purpose of review was Marksman, though I also played Guardian a bit.

Hellgate Global is an MMORPG created by Flagship Studios and hosted by Hanbitsoft. For those unfamiliar with the name, Hellgate Global is really just Hellgate: London turned into a free-to-play title. This is great news for us free gamers, because Hellgate is actually a great game. 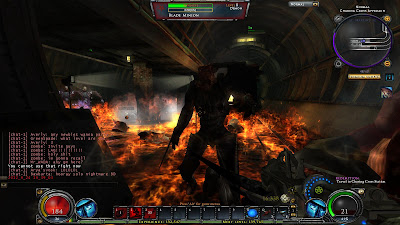 As soon as you start the game, you're treated to a nicely animated intro movie that gets the ball rolling on the story. Hell has been taking over various worlds, swarming them with demons and covering them with endless darkness. Regardless, they will not take Earth. Because Earth is badass. Humans have been pushed underground, and it is up to you to cut a swath through the countless demons that roam the Earth and close the gates of Hell. It is a fairly interesting story, and the gameplay does not disappoint. Of course, it's not without it's problems, so let's get into the meat of the review.

Gotham City Impostors is a Batman-themed first-person shooter created by Monolith Productions and published by Warner Bros. Interactive Entertainment. It has recently gone free-to-play, and is now available on Steam. The premise of the game revolves around a bunch of losers and delinquents, dressed similarly to Batman and Joker respectively, who fight each other while Batman is away. We can also assume from the nicely animated introduction video that the instant Batman comes back all of these impostors go scrambling, scared and crying, back to their homes and hangouts. 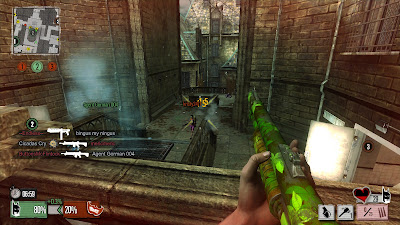 These aren't the most likable characters you've ever seen, but it fits the theme of the game. You are playing as the insane criminals of Gotham City, where even the Batman impostors are toting guns around with no remorse. Without further ado, let's get into the meat of the game...