(Note: Some of the screenshots used here are also used on an MMOsite review for this game. The reason I don't attribute or source the images are because I'm the one that made them, hence why the images here don't have the MMOsite watermark. Net and myself are the same person.)

Soldier Front 2 is an FPS developed by Dragonfly and published by Aeria Games for it's North American release, also available on Steam. According to the game's background, the world is in a state of constant but secret war, with all nations fighting each other while also fighting aliens named "xanthids". Normal people such as you and I are kept in the dark as all of the world's special forces teams shoot each other in the face over a worldwide power struggle. And aliens.

Of course, the background story isn't really necessary as no one cares. You are a member of an elite special forces team and your objective ranges everything from eliminating enemies to stopping alien infestations. To simplify, you have a gun! Shoot things! However, there's more here than meets the eye; the developers did a good job of conveying how little they care about "logic". From the whimsical Shatter mode to the recently-added Snowball Fight mode, you probably won't get bored here.

I should also mention that if you played Soldier Front 1 and/or have a personal vendetta against Aeria, try to hold your disgust until at least the end of the review. Now then, let's get down to the nitty-gritty...

RIGHT
Gameplay: Works
Soldier Front 2 doesn't have a lot of extra features. It is simple run n' gun on medium-sized maps. There are no vehicles nor much strategy involved. In other words, this is a pretty casual shooting game. I count this as good because while it may not have many pros, it also has no cons. Just pick up and play.

There is also a hardcore mode available for TDM, Seizure, Sabotage and Escape. For some reason, an almost excessive amount of effort was put into game modes in comparison to the rest of the game. Weapons, factions, and armor are not nearly as varied in comparison, though you are given a reasonably good choice of each. But hey, I'm not complaining. Most of the modes are legitimately fun to play and executed well. It just makes you wonder.

Beginning: Good
Starting the game, you are given a choice of username and one of three special forces teams. The rest of the teams can be unlocked in the shop later. You are then given a choice between an AK-103 or an M4A1. Unlike most online shooters, these aren't toy starter guns with low firepower and bad accuracy. These are real guns that you can win real fights with. After choosing your gun, you are also given a 50,000 SP starter bonus (SP is the normal currency). Spend wisely.

Whimsy: Whimsical
Soldier Front 2 can be pretty wacky sometimes. Particularly after a game ends. Most maps in the game have their own special animation that plays when a match is over.

Followed by the results screen telling you how awesome you are.

There are also the lesser-played "Party" modes, which encompass Slaughter, Breach, and Shatter. Slaughter lets you play as the xanthids, Breach is a simple mad dash across a bridge, and Shatter has you in an inescapable death trap trying to drop other players into a pit of spikes. I can always appreciate a game that doesn't take itself too seriously, even though some of these things seem like they were developed while high on something.

Hackers: None
I have seen very, very few hackers since I started playing Soldier Front 2. Clocking almost 80 hours on the game on Steam, I have seen only two hackers in total. That said, if you enter a game and see tons of hackers after reading this, I will personally let you slap me across the face.

WRONG
Hero Mode: Bleh
Hero mode was heavily advertised on this game's initial release to draw in more players and perhaps attract some of the masses of League of Legends players. Hero mode is Soldier Front arranged into something vaguely resembling a MOBA. 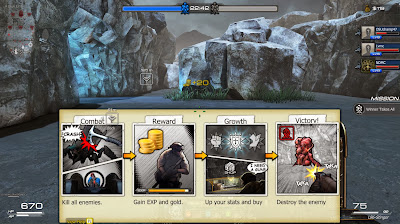 There are three lanes with xanthids spawning from both ends to converge and attack each other. You farm the xanthids to level up and gain cash for some guns, grenades, and stat upgrades. The selection of weapons is very sparse and there are only 3 stats to level (attack, defense, speed). Destroy the enemy turrets and then the enemy's... giant fleshy monument in their base. It is a severely watered down experience and hasn't gone through any noticeable updates or changes since release.

But is it fun? No, not really. Hero games tend to end in landslide victories from snowballing and the way auto-balance puts the least experienced Hero players on the same team. Soldier Front 2 is not the game to play if you are looking for a MOBA, however the mode does see pretty frequent play so it will always be open to anyone curious.

Economy: Strange
There are a few things you should know about SP before spending it all. First, you don't earn SP every game. Instead, you fill up an SP bar by playing that gives you a lump sum payment when it gets full. The higher your level, the more money it pays out. Personally, I don't really understand the point of this but I assume it's to make the slow SP gain less noticeable. Weapon repairs are pretty expensive especially if you are holding three weapons, and shop items are pricy. Factor in the price of armor, weapons, and any special forces teams you want to buy and you may want to start managing your funds before you run out. Luckily, there are frequent events that give out SP or free temporary equipment to those that can put in the extra effort.

Snipers: Frustrating
Soldier Front 2 is yet another FPS with one-shot bodyshot sniper rifles. They are the only gun in the game where aiming for the head is completely unnecessary and, hence, done by no one. Add quick-scope into the mix and it can lead to some cross words and cut wires.

Soldier Front 2 is actually a pretty fun game. It has a little something for everyone, whether you want a serious game playing Sabotage or just want to relax and break glass. No matter how much of a bad taste Soldier Front 1 left in your mouth, I say you should give this one a chance. At least while it's still playable.


Extra Things to Know
- Starting off with real guns also means you have to pay a real repair fee for using them.
- You can't sell pistols, grenades, or melee weapons.
- Words censored in the chat are turned into fruit!
- Kill-cams are not indicative of cheating, fruits, madhaxorz, or homosexuality. They tend to be laggy and unreliable, so don't put too much faith in what they show you.
- The PvE modes (Defense and Survival) tend to be underplayed. Bring a friend for those!
- LMGs are good if you want to shoot through walls.
- Double-KO happens when both you and your enemy kill each other at the same time. This will happen way more often than you expect.
- There is a lengthy achievement list, if you're into that.
- Grenades do contact damage. Spam them as hard as you can. 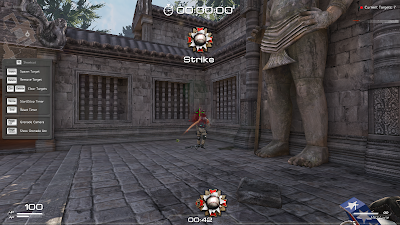